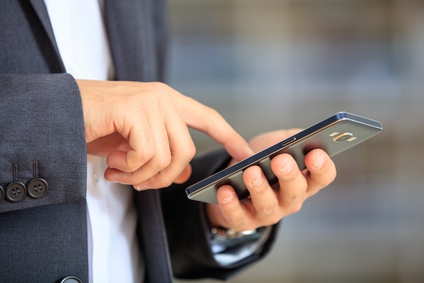 As a serious game player in the industry, it is important that you make a statement. You make a statement with your clothes, your dressing style, the motor vehicle you drive, the jewellery you wear and most importantly, the electronic devices that you carry.

An electronic device such as the mobile phone is something that stays in your hand constantly and is probably the one piece that defines you without saying too much. Whether you still prefer using QWERTY keypads, or the touchscreen, or you are someone who likes to combine them both; there is a lot that a business phone that you carry can tell you. There used to be a time when there was only one contender on the front, BlackBerry. But things are changing now and there have emerged a range of brands that offer the same thing (sometimes better) at almost half the price.

These are the business smartphones in 2017 to look out for: –

The one to introduce the era of Smartphones to the world, BlackBerry had probably vanished into thin air, with the iPhone wave and Samsung taking over a lot of things. However, BlackBerry is back! BlackBerry Priv is the first BlackBerry device to be packed with Android. No wonder, BlackBerry loves it keyboard and has made efforts to retain some part of it on the side. It is being touted as the best BlackBerry handset in years. A similar player in the game is the BlackBerry KEYone being launched sometime late in the year which is offering a physical keypad which is touch sensitive.

There still are people who swoon over the good old Blackberry with the cursor in the middle, the original Smartphone. Good news for them people, the classic BlackBerry, called the BlackBerry Classic is making a comeback in the year and offer the same good old BlackBerry Interface.

Another wonder the OnePlus, the OnePlus 3 offers premium specs at almost half the cost. The iconic 6 GB RAM and the 64 GB Storage is enough to lure business people with extensive storage needs to OnePlus. Although there is no option to expand the storage, OnePlus loses out in this aspect. The front camera is almost as good as the iPhone, but the rear camera could have been much better than the lazy 16 MP.

Samsung has taken over the Business Smartphone industry world over and has made a strong comeback after the Note 7 fiasco. The Galaxy S7 Edge offers a remarkable RAM and an offer between the storage. Although this comes at a hefty cost, but it’s worth it, given the added security features like the Samsung Knox Security.

The Microsoft Lumia 950 has introduced an added security feature, the iris screen lock (you can only unlock the phone with the iris in your eye) and this has made people excited all over the world. Perfect for people with businesses where a lot of their data travels in their phone, Microsoft Lumia 950 is a game changer. The stupendous 20 MP rear camera will take over the Smartphone industry.